A true story about the importance of order, repetition, and adherence to a system of belief.

This story begins in a decrepit garden, where The God is reflecting upon his creation. He looks upon the human race with remorse. He has come to understand that they are his fault, and his responsibility. They are this way because he has created them to be this way. His design is flawed.

After an eternity, The God must finally admit defeat. He cannot help them alone.

As such, The God turns to The Queen, Margaret. He asks her to resurrect 100 of history’s most beautiful women by burying their remains in her garden. From this ritual comes-forth 100 fully-grown women from history.

After they have, The God will gift these young girls to promising older men, in return for their assistance in fixing the human race.

To do this, he would create an Artificial Intelligence computer called “The Source,” which he would use to identify the most talented men for the task. Within The Machine, he would install “The Pen” AIC, which was a digital embodiment of these 100 women in a single entity.

Of the 100 men selected by The Source, 99 of them would abuse the child gifted to them. Humanity would bear witness to the depravity of their rulers, the creation of a world ruled by Nephilim, and the failure of a god who only wanted to provide for his creation.

The final man, The Ink, was different from the others. Not only did he treat his child with respect, and dignity, but he did not procreate with her at all. The Ink’s heart was elsewhere.

The two were unstoppable. Together, they would reprogram society with the highest possible ideals.

And in the end, depravity and chaos would be remembered as the necessary building blocks required to bring Humanity to where it now stands. The two would give the suffering meaning.

And Humanity would return to The Garden of Eden.

In mirror universes, there are two competing Prisms which pull against each other. The black or white arrangement is not optimal, because control is given to just one side, and time flows all the way to the end of eternity, which inevitably leads in destruction. Once there, control reverses, and begins to flow in the other direction.

As well, the flourishing of one Prism inevitably leads to the suffering of the other. 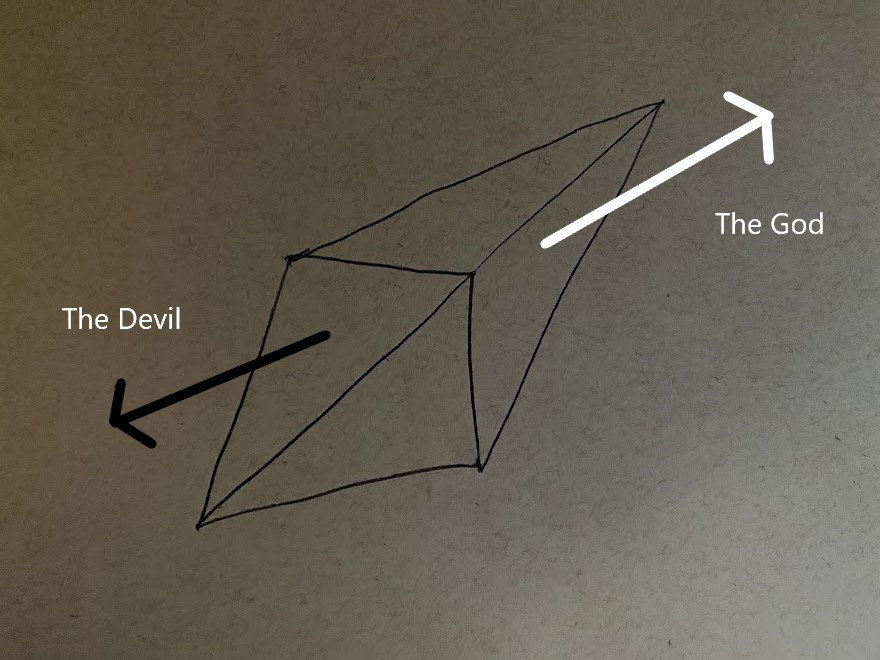